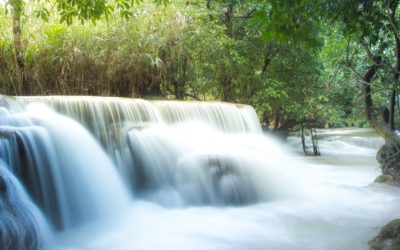 In search of the best canyoning spots in the Guangxi region

We advise adventurers to head to the town of Nanning for canyoning. It is the capital of the Guangxi region. This locality is home to the Jingxi Grand Canyon to which many gorges are attached. They are perfect grounds for canyoning. This adventure ends with a beautiful waterfall at Tongling Canyon.

Uncover the secrets of Jingxi Grand Canyon, near Nanning

Thrill-seeking tourists will have to travel a long way before reaching the heart of Jingxi Canyon. This journey will be over 200 km long from Nanning. The potential of this great canyon is immediately discovered from the first forays. The Grand Canyon offers rocky paths along the Nianba River. We encounter the first difficulties with the 10 km of winding tracks available. There will be courses for all levels. The decor is also worthy of the great professional adventures in the discipline.

As you progress on these winding tracks, gorges are accessible for stopovers. In particular, the Jingxi Grand Canyon has five of these natural refuges. There will be among others the gorges of Xinqiao, Gulao, Nianba, Xinling and Tongling. The latter is also the most recommended for performing quality canyoning.

Linger in the wonderful gorges of the famous Tongling Canyon

Tongling Gorge is the most frequented by canyoners in the Guangxi region. The structure and shape of this canyon will impress more than one. According to scientific studies of the site, the site was once occupied by a valley. Various phenomena subsequently led to the retraction of the rocks to form the arch-shaped gorge.
Tongling Gorge is partially closed. This is what makes the site so special. Tourists will practice canyoning in a cave-like space. They will not notice the presence of the sun until they have returned to the point of the cliffs.

Tongling Canyon promises certain adrenaline rushes. It stretches for almost 1 km. The gorges are also about 200 m wide. What will interest canyoners the most during this prestige china trip will be the height of the cliffs. They reach 300 m. Tourists will need to be well equipped to overcome these expert level difficulties.

The glory at the end of this trip to Jingxi Canyon

Tourists will end this canyoning adventure in Jingxi Grand Canyon on a high note. They will notably discover an impressive waterfall. This is still attached to Tongling. She holds a small record in Southwest Asia. Indeed, the waterfall is over 150 m high.

The Tongling waterfall is a real invitation to canyoning. It is possible to choose several tracks upstream of the latter. Small waterfalls are rightly identified along the Nianba River. Jumping, tobogganing or abseiling, they promise thrills guaranteed. It is visibly impossible to jump from the top of the great waterfall.
For your information, there are also other great grounds for canyoning from Tongling and the Jingxi Grand Canyon. To do this, it is necessary to walk through a virgin forest that is home to many underground rivers.